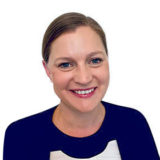 Leonie has a particular interest in assisting not-for-profits with their regulatory requirements and has worked for several years as the Chief Financial Officer of a large Western Australian charity.

Prior to that, Leonie spent five years working with Ernst & Young’s Perth tax team advising on the Research and Development Tax Concession and Tax Controversy matters.